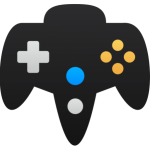 Complete Phasmophobia Guide – Everything You Need to Know